Let me tell you a little bit about Thijson. First, to avoid any confusion, the name is Dutch, and it’s pronounced “Ty-son”  You can imagine what the first day of class was like each year… We call him Thijs for short.

I’ve known Thijson since 1996, the second summer I was doing the Rocky Horror Picture Show in Melbourne, FL. The story of us meeting is a little convoluted, but here’s the short version: There was a girl named Kelly in the cast, and her boyfriend was named Cameron. Cameron came to see her onstage a LOT, mostly (if you believe the stories) because he was jealous that she was up there in fishnets and sequins. Cameron was the drummer in a band called ROUS (bonus points if you know where that name is from! Comment below!) And Thijs was the lead singer and guitarist for ROUS.

And yes, that’s definitely the SHORT version of that story.

When Thijs and I first started hanging out, I was living in my first apartment in Melbourne. He was living in Cocoa and finishing his last year of high school. I remember I spent a ton of time with the three members of ROUS, though mostly with Jeremy (the bass player) and Thijs. I’d hang out at their band practices, go to their gigs at local clubs, and sit around at Thijson’s dad’s place watching movies and playing Playstation. (Yes, I was just as bad at video games then as I am now)

When I was 21 I moved away to Las Cruces, New Mexico. I distinctly remember sitting in my bedroom out there a couple of years later, on the phone with Thijson, telling him I’d decided to move back home to Florida to finish school. I’ll never forget the sound (relief?) in his voice when he said how glad he was that I was moving back. In an instant it made me forget all about my worries that I was coming home a failure with my tail tucked between my legs, and that I couldn’t hack it out on my own.

In that moment, all I knew was that my best friend was there waiting for me, and that made it alright.

Some of my greatest adventures have been with Thijson by my side. My first trip to New York City, when we did a road trip up there to see the Intel Music Fest (but mostly Sunny Day Real Estate) together with Jeremy and Erin, and we stayed at Marc’s place in Jersey City. The hurricane parties over the summer of ’04, when FOUR hurricanes tried to destroy Florida and Thijs hung out with me in Gainesville as the storms failed to distract us from Halo. The cruise to the Bahamas with Thijson and his sister Christina, which to this day is one of my favorite vacations (and is where I took the snapshot of them that remains my favorite photo I’ve ever taken)

The Labor Day weekend in NYC where I met Sal for the first time.

And a few months ago, my birthday weekend in Charlotte, when Thijs came up and celebrated with me.

Thijson and his family — his sister Christina, both of his parents and their spouses, and more recently his new brother-in-law Kyle — have taken me in as one of their own, and I love them dearly. When I tell people that I’m visiting family in Florida, usually that means time with both my parents/siblings and his.

Why I am rambling on about this?  ’cause I love the guy. He’s one of the closest people in my life, and will without a doubt be the best man at my wedding. I’m delighted to be celebrating his 30th birthday with him here, and am excited about sharing his 40th and 50th with him too. (By his 60th I’m sure we’ll both be senile and not remember each other)

Plus, I’m killing time while lounging on his couch, as he silently mocks me with his ability to sleep in. Just like old times. 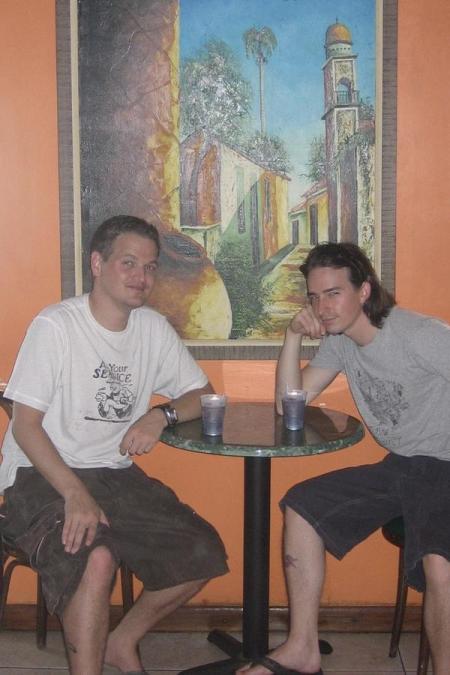 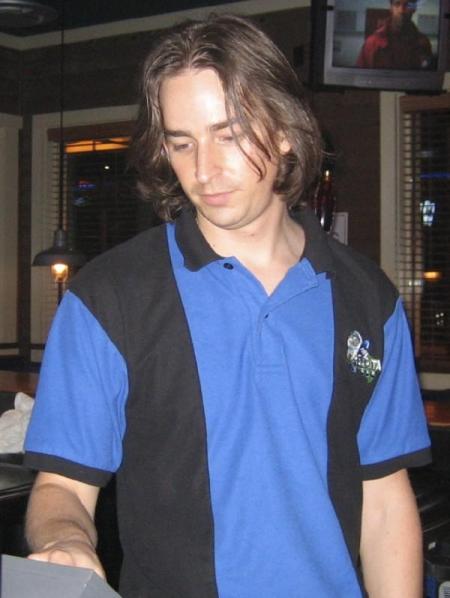 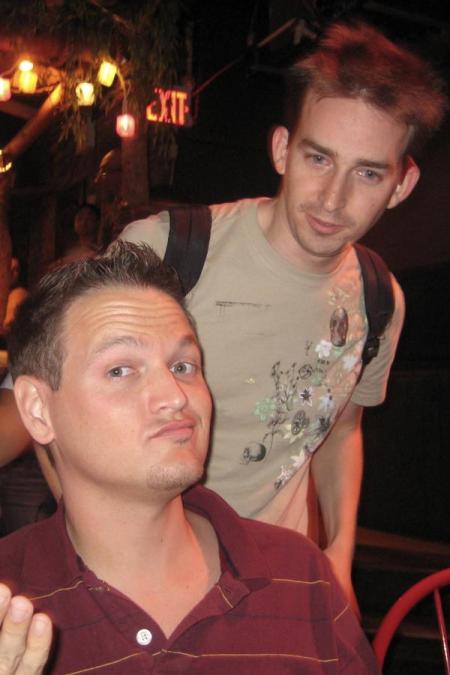 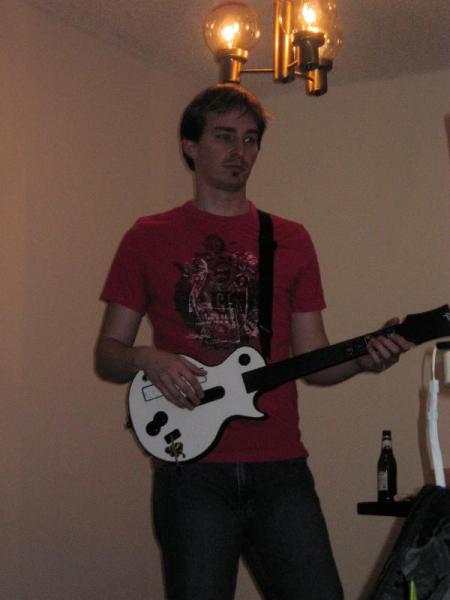 This entry was posted on Monday, March 30th, 2009 at 11:03 am and is filed under Uncategorized. You can follow any responses to this entry through the RSS 2.0 feed. You can leave a response, or trackback from your own site.