I read today on CNN.com about a Louisiana justice of the peace has refused to issue a marriage license for an interracial couple in Hammond. Keith Bardwell in Tangipahoa Parish’s 8th Ward wouldn’t issue a license for Terence McKay and Beth Humphrey to get married, because they are of different races.

He stresses, however, that he’s not racist, and that his main concern is for the children.

In an interview with Hammond’s Daily Star, Bardwell defended himself against charges of racism. “I do ceremonies for black couples right here in my house. My main concern is for the children.”

What he’s not concerned with, apparently, is the United States Constitution. In the landmark 1967 case Loving v. Virginia, the U.S. Supreme Court unanimously ruled against racially-based limitations on marriage, stating, “Under our Constitution, the freedom to marry, or not marry, a person of another race resides with the individual and cannot be infringed by the State.” 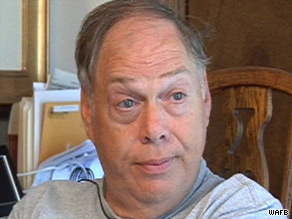 Screw you, Keith Bardwell. It’s not your place to tell two consenting adults that they aren’t allowed to marry, just because you don’t agree with them falling in love and wanting to live happily ever after together.

This entry was posted on Monday, October 19th, 2009 at 6:47 pm and is filed under Uncategorized. You can follow any responses to this entry through the RSS 2.0 feed. You can leave a response, or trackback from your own site.

One Response to Interracial Marriage