This is the first in a ten-part series about the nominees for “Best Picture” in the 83rd annual Academy Awards. I’m going to review them in alphabetical order, so we’re starting with Black Swan.

This film was utterly captivating, to the point that I sat in my chair even after the credits started to roll, just trying to process everything.

Starring Natalie Portman in what is easily her best role since the 1994 film The Professional, the story revolves around Portman character Nina’s efforts to rise to prominence in a New York City dance company. Her desire to be perfect is both a blessing and a curse — it helps her master the technical aspects of her dance with precision, but keeps her from letting go and really feeling the dance.

After a private and unexpected burst of true emotion, the director takes a chance on Nina and casts her in the lead of Swan Lake, telling her she’s perfect for the White Swan but must work hard to embody the evil twin Black Swan in the story. As the story unfolds, we see her struggles with her overbearing mother and her difficult relationship with a new addition to the cast (played by That 70s Show‘s Mila Kunis, who is clearly all grown up by now.)

The story itself is intriguing, sure, but what’s so powerful about this movie is Nina’s descent into madness as she tries to meet everyone’s expectations. What first surfaces in the film as little quirks eventually grows into shocking psychosis, and there are plenty of scenes towards the end where the audience can’t quite be sure what is real and what is Nina’s increasing break with reality. Right up until the end, and even now weeks later, I mentally debated what really happened.

Visually, the movie is stunning — the dance scenes are beautiful, and the unfolding insanity is brilliantly depicted onstage. The fact that Portman and Kunis are absolutely gorgeous in their roles certainly helps, with enticing bits of sensuality added in at key moments to further tantalize the audience.

I left the theater immediately thinking about when I would be able to see it again, and who I absolutely had to bring with me. Even after seeing the film a second time, I still wasn’t satisfied — I will absolutely buy this movie on DVD and watch it several more times, dissecting every nuance of the 108 minutes of Black Swan.

As a Best Picture nominee, Black Swann is pretty high up on my list. I without hesitation put it in my top three films of 2010, and will be happy about any Oscars the movie takes home. If you haven’t seen it yet, make sure you do anything in your power to catch it before Oscar night. 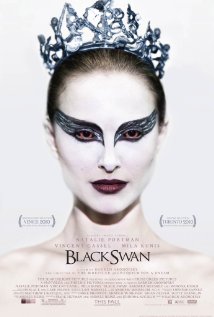 This entry was posted on Tuesday, February 15th, 2011 at 8:08 pm and is filed under Uncategorized. You can follow any responses to this entry through the RSS 2.0 feed. You can leave a response, or trackback from your own site.