It’s not often that I get a request for a post to GatorUptown.com, but when I do, I give it serious thought. So earlier this week, when a friend suggested I write about the death of Fred Phelps, pastor of the infamous Westboro Baptist Church, I was intrigued.

This isn’t the first time I’ve written about the Westboro Baptist Church, and chances are it won’t be the last either.

My fascination with the WBC goes back several years, but my first post about it was in January of 2009: “God Hates Shrimp” mentioned the so-called church in a post about the hypocrisy of anti-gay sentiment fueled by religious teachings. But over the years I’ve written more directly about the church, and their infamous picketing in a bizarre attempt to spread Jesus’s teachings to the masses. If you’re curious, check these out:

Yes, apparently they’ve been on my mind.

But what, then, do I think about this week’s highly-publicized death of WBC founder Fred Phelps? First, I’m glad he’s dead. Yes, that’s an awful sentiment, and some people may be appalled at my lack of empathy for an obviously deranged man who lived a life filled with hatred and despair. Truly, the last few decades of his life must have been awful for him and everyone around him. I feel sorry for the family and everyone they touched, but that doesn’t make me any less relieved that he’s finally dead. I hope his family is able to get out from under the shadow of his influence and get back to a life focused on something else. 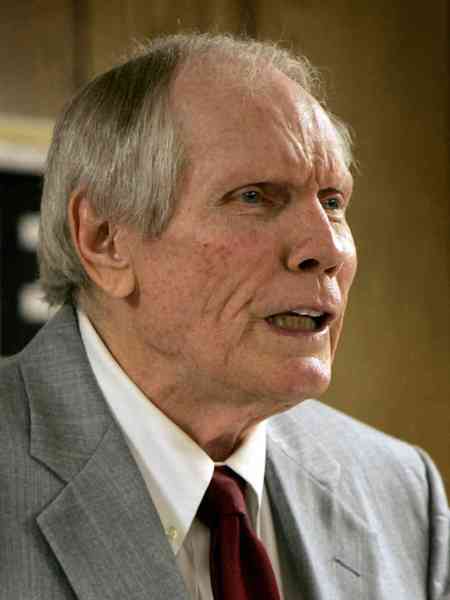 What may surprise you, though, is that I’m also glad he was alive, and glad that he had the opportunity to preach his own brand of batshit craziness. Yes, his words and teachings were hateful, and they undoubtedly caused emotional harm to many. But in a strange way, I think he’s been good for the LGBT movement.

Think of this: quiet, unacknowledged bias and prejudice is often hidden under the surface and never really addressed, but it still affects a person’s thoughts and behaviors. By shining a big light on his hateful views, Fred Phelps showed the world just how awful anti-LGBT sentiment can truly be. By picketing funerals, schools, and even churches with signs that read “GOD HATES FAGS” and “PRAY FOR MORE DEAD SOLDIERS”, Phelps and his family made it inarguably clear that there’s a lot of intolerance and evil out there masquerading as religion. And widely circulated photos of their children holding up signs drove home the point that this kind of teaching is poisoning the minds of young people. 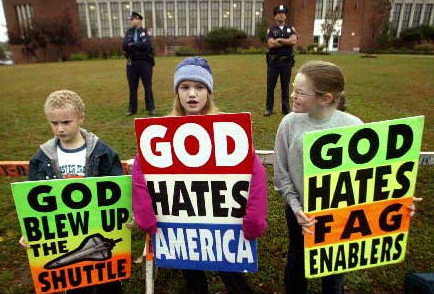 Fred Phelps and the Westboro Baptist Church managed to take anti-LGBT views and make them highly visible, to the point that they became a rallying cry for others who finally had enough. LGBT activists loved to point at their extremes and energize their base to do something about this, and even straight supporters were motivated to stand up against this kind of lunacy. In a sense, WBC became a common enemy, and those who support LGBT equality could link arms in solidarity against them.

So yes, he was (or at least, became) a terrible human being, and the world is a better place with him dead… But maybe he was just dangerous enough to help spark a backlash that ultimately moved LGBT issues closer to equality as a result. In death, he now becomes a cautionary tale of how prejudice can destroy a person, but also of how other people can be motivated to stand up for what’s right when pushed too far.

Let’s be relieved that he’s gone, grateful that he inspired a lot of people to be stronger activists and allies, and hopeful that the world is moving towards greater love for one another in his absence.

This entry was posted on Sunday, March 23rd, 2014 at 11:44 am and is filed under Uncategorized. You can follow any responses to this entry through the RSS 2.0 feed. You can skip to the end and leave a response. Pinging is currently not allowed.

One Response to Fred Phelps and the Westboro Baptist Church